The Great Wall Of China Walk For A Cure 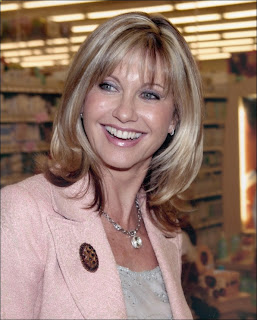 When Olivia Newton-John was first diagnosed with breast cancer in 1992, she felt a certain attachment to the earth. It seemed as the earth was deteriorating, so was women’s health.

“There seems to be an increase in breast cancer,” said Newton-John. “For me, since I recorded my album in ‘92 when I was first diagnosed, I felt attached to mother earth and always said, as mother earth is getting sick we, women, are getting sick too. We’re a byproduct of mother earth. We need to take better care of ourselves.”

Today, 15 years after battling the disease, the singer and actress, best known for her role as Sandy in Grease and as the ‘80s pop star who had everyone “getting physical,” is still spreading the word about breast cancer awareness across the planet, mainly through the development of a cancer and wellness center, Olivia Newton-John Cancer Center, in her hometown of Melbourne, Australia.

Newton-John may be 59, but she looks as fabulous as ever. Her latest undertaking serves as a testament to her youthfulness and will keep her on her feet for three weeks as she treks half-way around the earth to spread awareness in China during a walk along the Great Wall. The walk will raise money for research at the new cancer center.

The Great Wall of China Walk will commence in April 2008 in the weeks leading up to the May Day opening celebrations of the Olympics Games in Beijing and be chock full of celebrities, politicians, ex-Olympians and more — invites are currently in the mail.

The event will be followed online for the duration of the walk, and fans will have an opportunity to log in and sponsor a celebrity for as many hours and days as they walk. Up to 60 celebrities and other government representatives and Chinese business leaders will walk the length of the more than 2,000-year-old wall, and will climb 1,500,000 steps for approximately 621 miles on their way to Beijing.

The wall’s entire length stretches approximately 4,163 miles, which stretches from east to west China, but most of the area is too damaged for climbing.

There will be no signs on or near the wall, so 20th Century fortresses along the man-made structure will act as milestones for the walkers and the media.

“This will be a walk with people from all different walks of life from ex-Olympians, politicians, environmentalists, all who will walk in support,” she said. 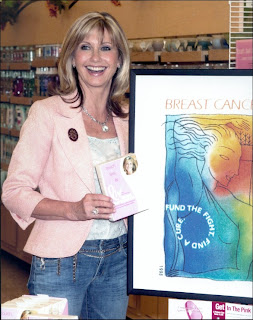 It’s All in the Research

The Olivia Newton-John Cancer Center, which will have facilities for cancer treatment, education, training and research, is scheduled to open in the next two to three years, pending funding, and will be an extension of the Austin Health Center, which currently houses the Ludwig Center for cancer research, and is connected to all major research centers around the world.

The addition of the Wellness Center within the hospital is something that Newton-John thinks would be a beneficial addition to hospitals, because it gives patients a chance to recover mentally and physically from cancer.

“They were building a hospital in my hometown in Melbourne and asked if I would lend my name to the cancer care center,” she said. “I also told them that I would like to lend my name to a Wellness Center, because you need to focus on overall wellness, not just the illness. There needs to be focus on every part, the heart mind and the body.”

The Wellness Center will let women get massages and sit and talk to family members and other patients in a relaxing environment, something Newton-John said should always be incorporated in some way to a woman’s recovery.

“Wellness would be respite if you have the right treatment,” she said. “Women can sit down and have a cup of tea with other patients. It’s kind of a peaceful place and can become a major part in their recovery. I think it would be a great place where patient can be treated as a whole and not just as patients.”

Newton-John has been working to get the word out on breast cancer, but still thinks more women, whether young or old, need to know how to notice the signs and catch the disease early on. “I think with breast cancer, there is a lot of awareness out there,” she said. “Of all the illnesses, this is the one to me that seems to be getting a lot of conversation. Every magazine and almost every television show has something on breast cancer—you have to at least be aware of it.”

She added, “But there are many things that still need to be drawn on having gone through breast cancer. Woman need to check themselves. Early detection is key. Be aware of what is normal to you. We all have different bodies and breasts and need to be aware when something is not right.”

She is currently looking into ways to work with hospitals and other organizations in China for the walk next April, her main focus being the hospital in Melbourne. A performance in the upcoming Frosted Pink broadcast with other artists like Heart, Joss Stone and Anastacia, who was also diagnosed with breast cancers, as well as ice skaters and other personalities, will also be another project of awareness.

Aside from specific, breast cancer awareness projects, she also has a new Christmas album, Christmas Wish, scheduled to come out this November and is part owner of the GAIA Retreat and Spa in Australia. “It’s about health and healing,” she said. “It’s a beautiful place to go to rest and heal in a beautiful, peaceful part in Australia. It’s another aspect of my life in Australia.

For now, she’s making sure she paces herself in all her projects. To start, she said that she’s going to have to get in shape for the walk, since some of the steps along the Great Wall are slanted at a 45-degree angle.

“It takes up a lot of my time,” she said. “I have other things I’m involved in, but I try to do what I can. I can’t spread myself too thin. I think women, from meeting women who are going through breast cancer or have had scares, or maybe it’s just being a woman, but we try to be everything to everybody.’ she said.

“We need to take time to care for ourselves.”