Olivia makes a statement with her new hubbie"

AS MOST of Sydney's big spenders gathered in Darlinghurst to celebrate the launch of a new credit card for David Jones, it was a mostly musical crowd that headed to the State Theatre to see Olivia Newton-John perform with "friends" including Guy Sebastian, Vanessa Amorosi, Christine Anu, Daryl Braithwaite, Kate Ceberano, Tim Freedman, Todd McKenney, Ian Moss, James Reyne and Melinda Schneider.

Big spenders in the audience at the State included the federal Opposition Leader, Malcolm Turnbull, and his wife, Lucy. (SiT was informed they paid in full for their tickets.)

Dressed in a black velvet suit, Newton-John sat in the audience for the first half of the show and joined the cast on stage after the interval. The concert was a fund-raising effort for a Cancer and Wellness Centre that Newton-John plans to build. 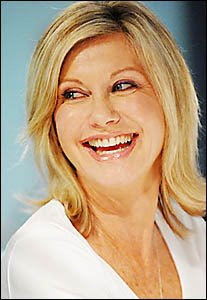 RUMOURS were rife in Byron Bay yesterday that local celebrity Olivia Newton-John was home to celebrate her 60th birthday.

The part-time resident owns a property near Rous Mill and also owns Gaia Retreat and Spa at Brooklet, where it is suggested she held a lavish party for friends last night.

Byron United president Ed Ahern said he had a few friends who were going to the party, but did not want to reveal much more.

"It's on tonight and a couple of my friends are going," he told The Northern Star yesterday. "They are really good friends. One of them is an ex-rock star who is in music production now and he worked on one of her albums here."

Olivia Newton-John was born on September 26, 1948, in England and her family migrated to Australia when she was five.

An international singing sensation whose career was catapulted by the success of the hit musical Grease in 1978, Ms Newton-John, who lives most of the time in the US at Malibu, has experienced more than her share of dramas.

She is a breast cancer survivor, having been diagnosed with the disease in 1992, and this year launched Liv Aid, a breast self-examination website.

She divorced her first husband, Matt Lattanzi with whom she had daughter Chloe, now 22, in 1995.

In 2005, the world waited eagerly for news of her boyfriend Patrick McDermott, who disappeared while on a fishing trip off Los Angeles.

Family and friends were told about the nuptials at a barbecue on July 4 in a private celebration at the singer's home in Malibu.

Ms Newton-John is scheduled to perform in Sydney on Tuesday at the State Theatre for a gala charity concert.

All proceeds from the concert go to the Olivia Newton-John Cancer and Wellness Centre Appeal. 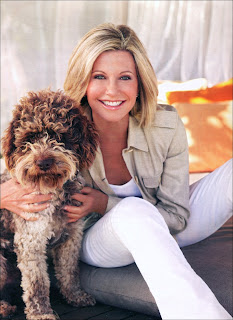 It may be hard to believe, but the 1974 British Eurovision Song Contest representative has hit the big 60, but it's true. The English-born songstress has had a long and illustrious career and now commits most of her time to fundraising for cancer research.

It's nearly 35 years since Olivia Newton-John took to the stage to represent the UK at the 1974 Eurovision Song Contest and a lot has happened in her career since then. After her fourth place finish in Brighton that year she began to concentrate on country music and tailored her following albums for release to the large American Country Music market. She had quite some succes in this venture but by towards the latter end of the seventies her following began to wane.

It's well known to most that Newton-John is most famous for her role in the 1978 film "Grease" and this was what lifted her from the doldrums of chart failure. After the film's release she returned to the top of the charts with hit after hit, but this time her music was more pop orientated.

While still presenting some shows for PBS (Australian Broadcaster) and committing herself to other small projects she now focusses on her cancer research fundraising and has been awarded with several honours for her work in that regard.

Interestingly enough, Olivia Newton-John is not the only Eurovision artist celebrating her birthday today. Micha Marah, who represented Belgium in 1979, sets out on her fifty-fifth year and Lenna Kuurmaa (Estonia 2005, member of Suntribe) is the youngest of the three at only 23.

EuroVisionary would like to wish all three ladies a happy birthday and many, many more. 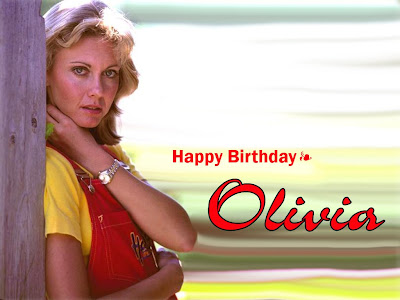 With Love From
"More Than Physical"
Posted by DjPaulT at 10:19 PM 0 comments 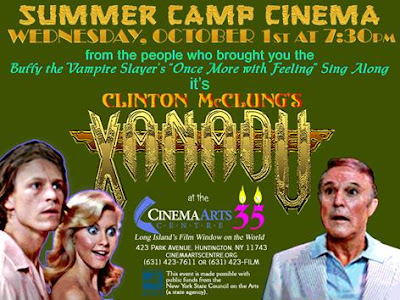 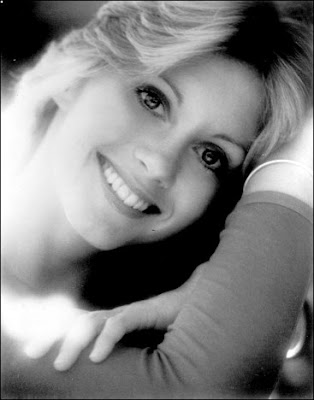 In 1976, Olivia newton-John received 3 American Music Awards: Favorite, Female vocalist - Country, 1975. Favorite, Female vocalist - Pop / Rock, 1975. Favorite, Album - Pop / Rock, 1975 (Have You Never Been Mellow). Olivia was a co-presenter for the show and performeda live medley of her greatest hits up that point. Olivia would later go on to win many more American Music Awwards later in her carrer.

"A Celebration in Song" is an ultimate gift—with a portion of global proceeds aimed at Olivia Newton-John's Cancer and Wellness Centre. The artist offers 12 duets with the likes of A-list soul mates Cliff Richard, Barry Gibb, Richard Marx, Keith Urban, lifetime producer John Farrar and pal/songwriter/executive producer Amy Sky. All memorable, though a pair of lesser-known stateside acts are perhaps most inspired: chug-along inspirational anthem "Isn't It Amazing" with Asian dance act Sun and "Right Here With You," Newton-John's duet with Delta Goodrem, who, at an early age, battled cancer like her singing partner. Their anthem anchors the project, and it feels as if ONJ is passing on the pop torch to her protégé. —Chuck Taylor
Posted by DjPaulT at 2:03 PM 2 comments

View Photos from the event here 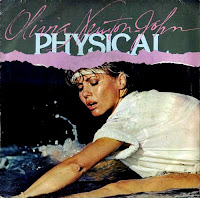 Life imitates art. After Olivia Newton-John took the character Sandy from virginal to vamp in the 1978 film "Grease," the longtime girl-next-door singer rattled pop culture with her 1982 single "Physical"-which was loaded with sexual innuendo (sample lyric: "There's nothing left to talk about unless it's horizontally." Oh, my!) On a more innocent front, the song also became a staple of the ubiquitous aerobics movement of the day. In all, the song spent 10 weeks at No. 1 on the Hot 100, following previous chart-toppers "I Honestly Love You," "Have You Never Been Mellow," "You're the One That I Want" and "Magic," amid a top 40 run that garnered 27 hits from 1971 to 1985. Grammy voters awarded "Physical" video of the year.

your best life. A vital
part of living the best life you
can is to be active in your
health and in your wellbeing.
Visit liv.com for more details. 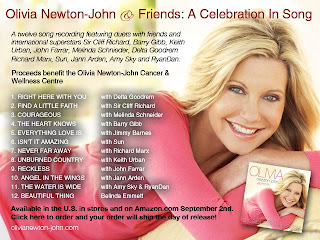 Available In the US in stores and on Amazon.com Buy Your Copy Today!!
You can also find the CD at these retailers also
Wal-Mart
Best Buy
Target
Circuit City
Posted by DjPaulT at 9:44 AM 2 comments