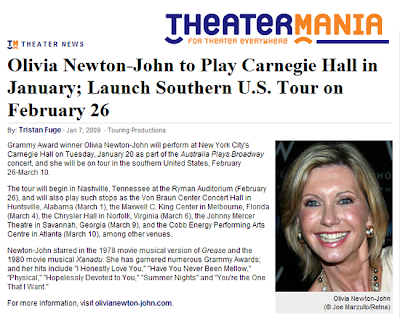 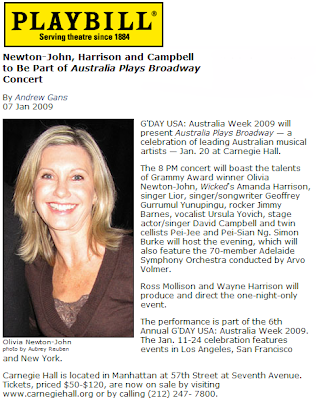 Our hearts go out to John Travolta and family. 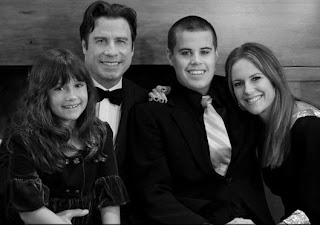 One of my favorite actors, John Travolta, has had a tragic loss of his eldest son Jett, age 16. John Travolta is a longtime friend of Olivia. She starred with him in the films Grease (1978) and Two Of A Kind (1983). Our thoughts and prayers are with the Travolta family.

Friday Jan, 2 2009
NASSAU (Reuters) - The teenage son of actor John Travolta died suddenly on Friday during a family vacation in the Bahamas, according to police and the family's lawyer.

The teen apparently hit his head and a caretaker found him unconscious in the bathroom on Friday morning. He was taken by ambulance to Rand Memorial Hospital in Freeport, where he was pronounced dead, according to a statement from the Royal Bahamas Police Department.

Jett, who had a history of seizures, was the eldest child of Travolta and his wife, actress Kelly Preston. They also have an 8-year-old daughter, Ella. An autopsy was pending, police said.

The family, who have homes in California and Florida, arrived in the Bahamas on Tuesday by private plane, police said.