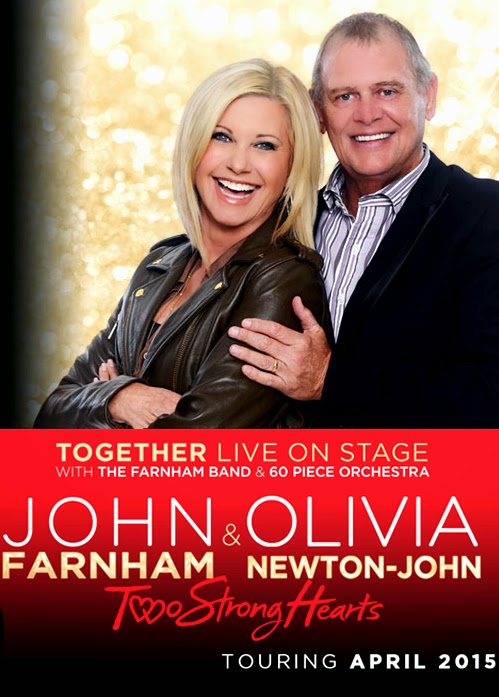 If too much classic (and cheesy) Australian pop is barely enough, prepare for double helpings as ageless icons John Farnham and Olivia Newton-John go on  tour together next April, accompanied by a 60-piece orchestra.

Their co-headlining Two Strong Hearts tour will take place in arenas and wineries across the country over two weeks; starting April 4 in Western Australia's Margaret River, then Melbourne, Adelaide, Brisbane, the Hunter Valley and finishing in Sydney on April 19.

Newton-John, 66, and Farnham, 65 - arguably Australia's most successful international and local artists respectively - will play together and separately on the Paul Dainty-promoted tour, which is in effect a reprise of their wildly popular The Main Event extravaganza - minus one important element. That 1998 tour, which also featured Anthony Warlow (who is not involved this time) produced a quadruple platinum DVD and 1999's biggest-selling album. It was also televised.

Our Livvy teased the announcement on Twitter, saying: "Do we dare to dream again?" Farnham (who is on Twitter, but apparently busy) didn't answer.

Warlow (who isn't on Twitter) was represented by fans, who have already been complaining on social media that he isn't involved. But Warlow's non-involvement may fuel speculation about possible involvement - at some level - with the planned 2015 Broadway run for Doctor Zhivago. Warlow, who has yet to crack Broadway, played the lead role in the ill-fated Australian performance.

Big gig observers will wryly note that Farnham has been busy retiring for 12 years now – in 2002 he announced his The Last Time Tour. Nevertheless, the show is bound to be a special event for patriotic fans of the uber-ballad which, let's face it, includes most of us.

Telstra customers can buy pre-sale tickets for two days from next Wednesday, October 15. General sales begin at 10am on October 20. 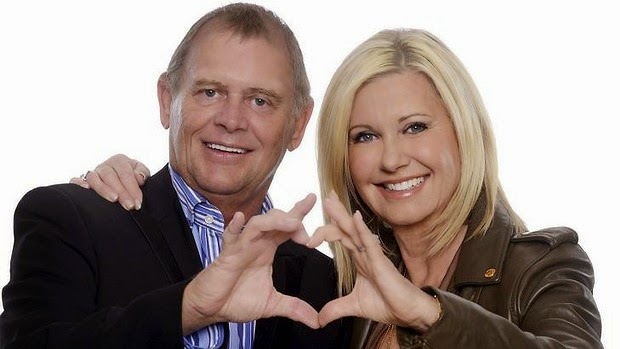